The e-cigarette company bought an entire issue of a scholarly journal, with all the articles written by authors on its payroll, to ‘prove’ that its product has a public benefit. 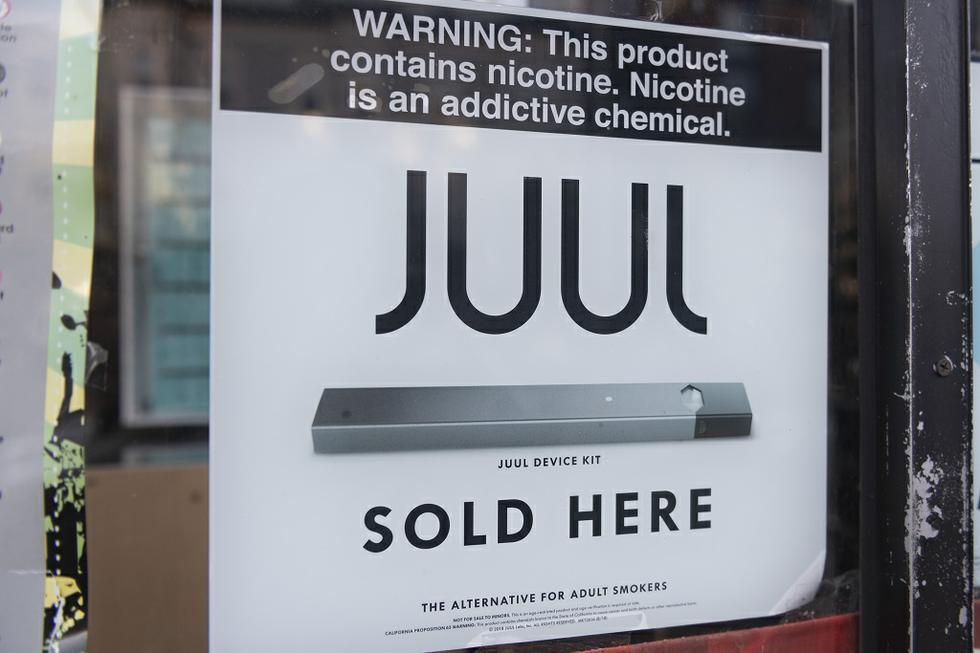 dlwright
reply
Combining this with the Vaccines magazine mess, blind trust in the professionalism of any source is quickly fading. 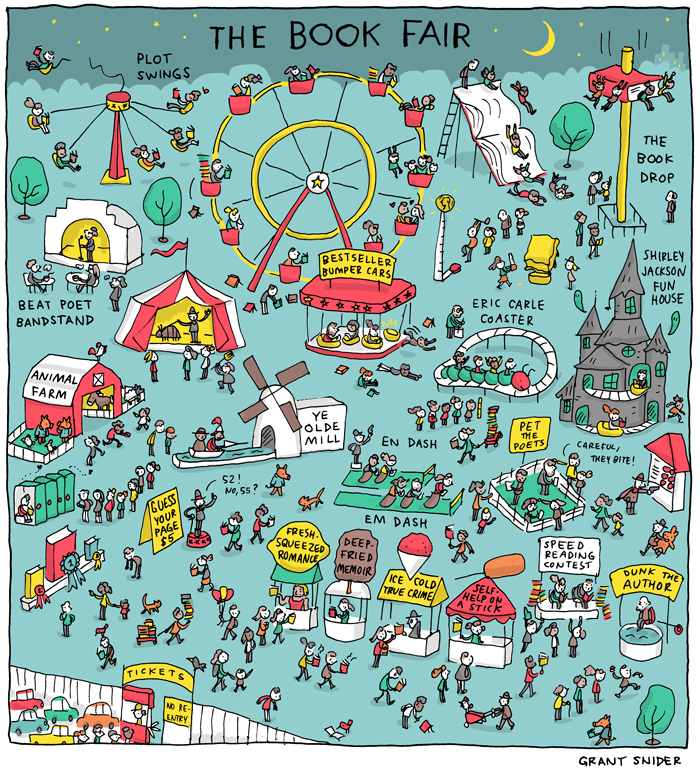 This comic appears in this weekend's NY Times Book Review! It's inspired by memories of the Kansas State Fair. Posters are at my shop.
My debut children's picture book will be out next month. You can pre-order it here or wherever you get your books. Better yet, get it at your favorite local bookstore!

Gotta wonder about 'Self-help on a Stick' :)

Two U.S. citizens claim in lawsuit that feds detained them for speaking Spanish - The Washington Post
Friday February 15th, 2019 at 9:14 AM

Two U.S. citizens who say Customs and Border Protection officials detained them for speaking Spanish while they waited in a convenience store line in Havre, Mont., have filed a federal lawsuit arguing that their constitutional rights were violated.

The women — Ana Suda and Martha “Mimi” Hernandez — say the May 16, 2018, incident began after the nursing assistants finished work, put their children to bed and went to the gym together. They then decided to pick up milk and eggs at the Town Pump, a store in the small town about 35 miles south of the Canadian border. That’s when they say a border agent approached them and commented on Hernandez’s accent, asking where they were born, according to the lawsuit, which the American Civil Liberties Union filed against CBP on Thursday in U.S. District Court in Great Falls, Mont.

The women told the agent they were from Texas and California; Suda then made a video of the agent after he sought to see their identification cards.

“Ma’am, the reason I asked you for your ID is because I came in here, and I saw that you guys are speaking Spanish, which is very unheard of up here,” the agent says in the video, which the ACLU has released.

The women allege that the agent then detained them for 45 minutes instead of letting them go when they identified themselves as U.S. citizens. Cody Wofsy, a staff attorney with the ACLU’s Immigrants’ Rights Project, said the unlawful detention amounts to a violation of the Fourth Amendment’s bar on unreasonable searches and seizures.

“Speaking Spanish is not against the law. Americans speak hundreds of different languages,” Wofsy said. “This is really a sign of local agents’ abuse of power, which has only been emboldened during the Trump administration.”

CBP spokesman Jason Givens declined to comment on the pending litigation. The border agent could not be reached for comment Thursday.

The lawsuit also claims the agent targeted the women based on their race, and it seeks to permanently block the agency from stopping and detaining people on the basis of race, accent or the language a person is speaking.

Suda wrote in an online post that after the women provided their driver’s licenses, the agent got on his car radio and asked for backup, “as if two moms holding a carton of eggs were a threat.” Other uniformed agents then arrived, including a supervisor, she wrote. “When I asked him whether we would have been detained for speaking French, he said, ‘No, we don’t do that.’ ”

Suda said that since the arrest, she has faced threats and has been harassed by “people yelling at me in restaurants and bars, saying that I am ‘an illegal.’ ”

Suda was born in Texas and moved to Montana with her husband in 2014. Hernandez was born in California and has been living in Montana since 2010. Both are certified nursing assistants who work at an assisted-living center.

Suda says her 8-year-old daughter is now afraid to speak Spanish in public, asking, “Mommy, are you sure we can speak Spanish?” When she speaks with her daughter in Spanish, her child answers her in English, “because she is scared.”

Suda added: “This changed our lives, I believe, forever.”

The women said they brought the lawsuit to stand up for their rights and make sure that the same thing doesn’t happen to other U.S. citizens. Hernandez said a friend commented to her that the agents picked the wrong person. She replied: “No, they picked the right person — the person who is going to stand up for the next one.”

In some ways, it would have just been easier to stay quiet about the incident, Suda wrote.

But, she wrote, “I want my children to not only be proud of being bilingual, but I also want them to know that they live in a country where people can’t just be stopped and interrogated based on how they look and sound.”

dlwright
reply
I never knew border agents in the States had power 100 miles away from the border: https://www.aclu.org/other/constitution-100-mile-border-zone

A few years ago many conservatives would have been joking about this sounding better in the original German rather than defending it
Washington, DC